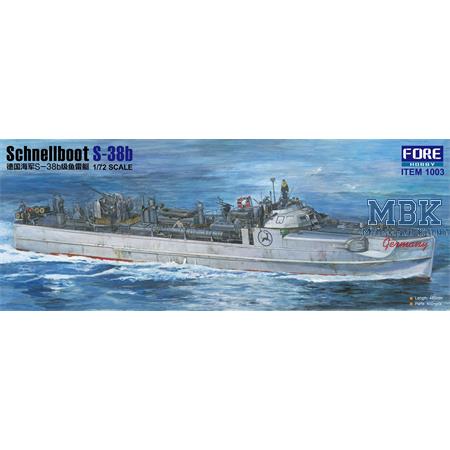 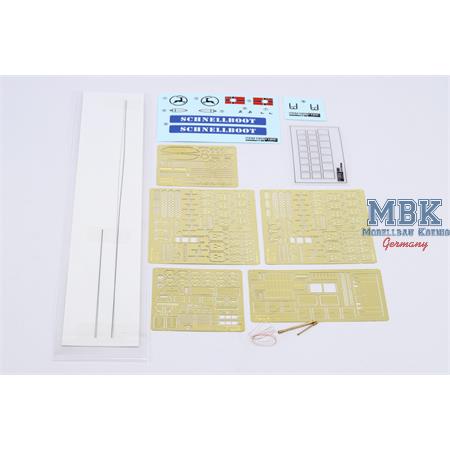 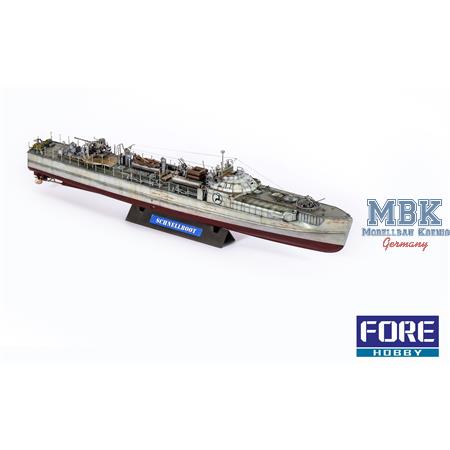 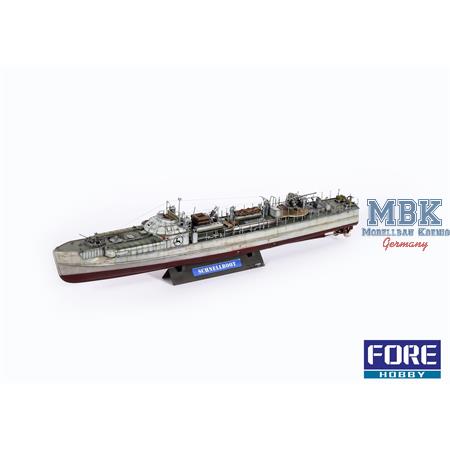 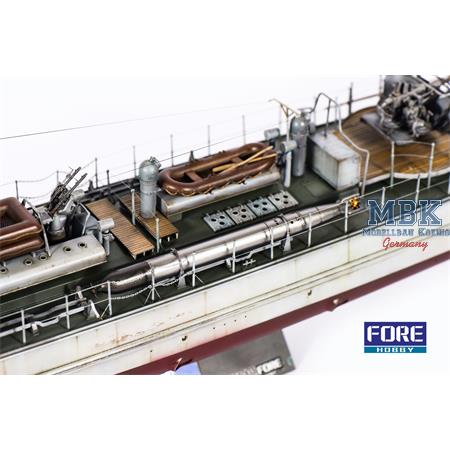 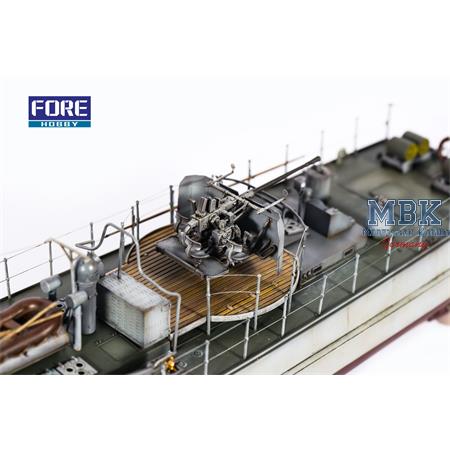 During World War II, the Kriegsmarine manufactured torpedo boats (Also known as S-Boats) at  the Lürssen shipyard in Bremen, and Schlichting-Werft in Travemünde. Featuring long-range operational capability, thanks to the application of a light alloy keel, and wooden hull with round bilge. The structure of the wedge spoiler at the stern enabled S-Boats to raise their bows in high-speed sailing. Powered by Three Mercedes Benz MB501 in-line liquid-cooled 12 cylinder engines with a max 2000 HP each, this allowed S-boats to reach a top speed of 72 Km/h. The main armament of S-boats consisted of G7a steam-powered torpedoes, a total of four torpedoes were carried. Two 20mm AA guns at the stern provided secondary armament in 1940 when S-boats began service and eventually replaced by one 40mm Bofors AA gun in 1942.
The surface ships of British and French coalition forces suffered heavy losses by S-boats during the evacuation of Dunkirk. Along with U-boats, S-boats were re-deployed to French coastal bases to combat against the British after the battle of France. Some S-boats were disassembled and transported via railway across Europe to the Black Sea and Baltic Sea and reassembled to join Operation Barbarossa to fight Soviet Union Navy. In the meantime, S-boats were also engaging Allied shipping in the waters off North Africa and Italy. From the end of 1941, S-boats were actively attacking Allied shipping in the English Channel and the North Sea by mine laying.
In 1943, new bridge armour, nicknamed “Skull ” was fitted to the S-38 class, providing extra 10-12mm armour protection for the steering room. These upgraded vessels, with additional radar detection devices, were renamed as S-38b class and became the backbone of the torpedo boats fleet in the mid-late period of WWII for the German navy.
On the 28th of April 1944, a day not far away from the planned Allied Normandy Landing, S-boats of No.6 and No. 9 flotillas set off  from Cherbourg after obtaining reports from air force reconnaissance and intercepted a US fleet for landing exercise successfully in the sea to the south of Devon. Two LST Tank landing ships, with full fuel and ammunition, were sunk and one was seriously damaged by S-boats’ torpedoes. The demonstration of “several wooden boats” in the area where Allied had absolute sea and air superiority made Allied commanders, including Eisenhower, have to take the threat of S-boats into account and list their bases as priority targets for Allied strategic bombers

Plastic model kit for a Schnellboot 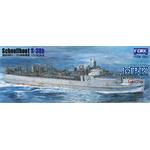 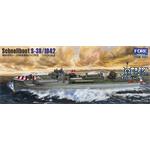